Just off the National Mall in Washington, DC, lies a little-known war memorial, one with an even more obscure Girl Scout connection.

Resembling a Greek temple, the District of Columbia World War Memorial honors the 499 DC residents who died in World War I. With its open-air design and widely spaced Doric columns, the memorial could easily be used as a bandstand.

In fact, it was located at the site of a former bandstand, and legendary conductor John Phillip Sousa led the Marine Band’s performance for the dedication. 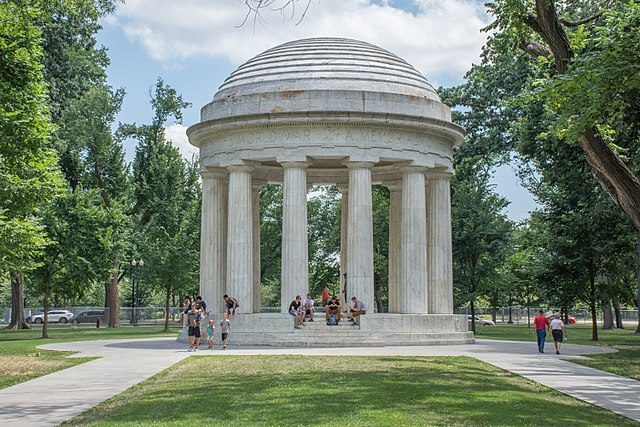 While some Girl Scouts likely took part in the dedication of the memorial, there is one strong link between it and the young women’s leadership group.

Mr. Brooke seems to have been a bit camera-shy.  This is the only photograph of him that  I have found. It was taken in 1928 at the groundbreaking for the current British Embassy in Washington, another of his projects. Could that be his wife next to him? If only she had worn her Girl Scout uniform to the embassy event! 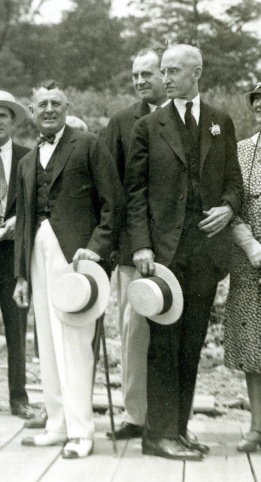 The memorial is located on Independence Avenue NW, between 17th and 23rd Streets. It underwent extensive restoration in 2011.